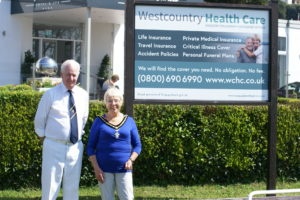 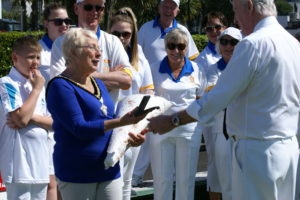 Thank you for coming along and getting the season underway 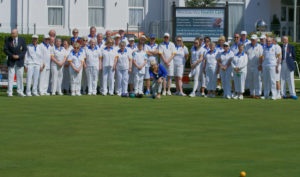 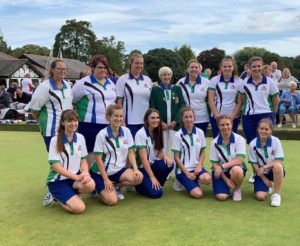 We were delighted for Ella Crouch and Neve Dawson who were both selected for the Devon Belles, the Devon county team that played for the Amy Rose Bowl at Leamington Spa. The Belles did very well, only losing in a semi-final after an extra end to the eventual winners. 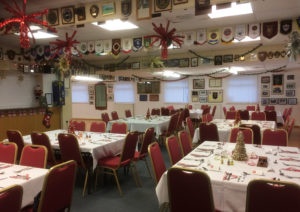 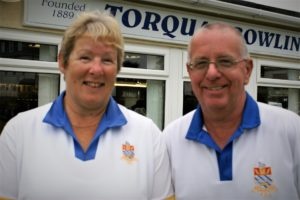 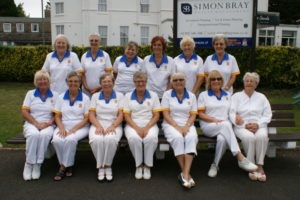 The all conquering SDLBL B Team, winners of all their league games in 2018 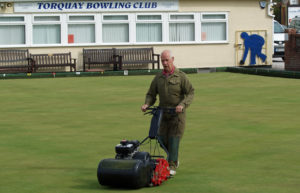 A passing bowler from Paignton BC couldn’t help but be impressed by the green and Johns concentration whilst doing a great job, so he recorded the event and has shared it with us. 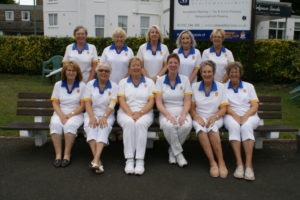 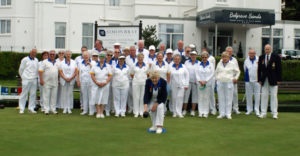 We will remember the snow in Torquay in March 2018 for some time. Can you spot the jack? 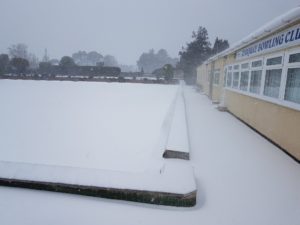 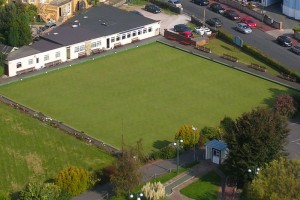 A seagull’s eye view of the green

2017 was a very good year for some of our members 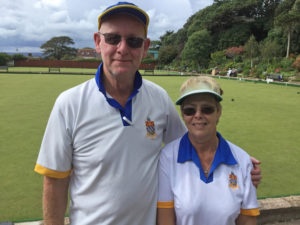 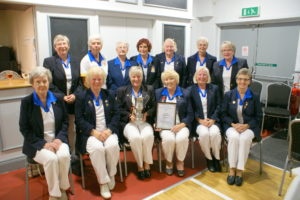 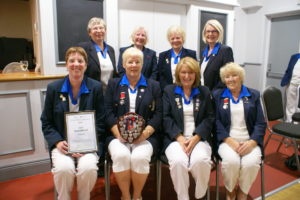 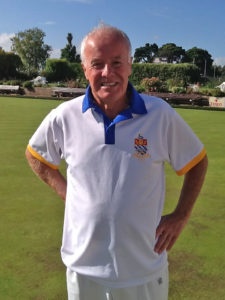 The all conquering SDLBL B Team who won all 14 matches on their way to promotion in 2016, then went on to be champions of division 5 in 2017 and so promoted for a second season running. Here is part of the 2017 squad at the SDLBL Presentation Evening.

Our ladies had further success in 2017 running out runners up in the SDLBL 4321 Competition. Seen here at the Presentation Evening. 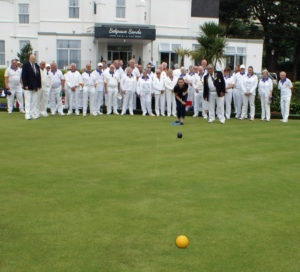 Stand at the corner of our L shaped lounge with your phone camera set to panorama and this is what you get. Here shown in winter set-up with the short mat carpets down. 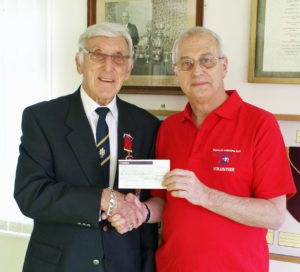 President Alan Grost presents Grahame, a volunteer with the Devon Air Ambulance, with  a cheque for £500. The Air Ambulance was our charity for 2016.